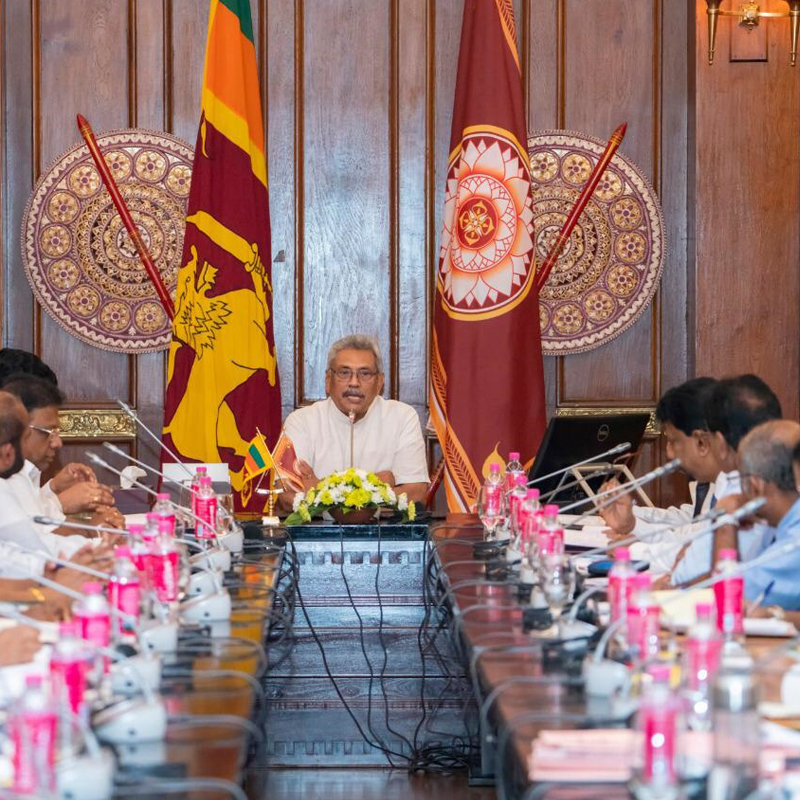 The Batticaloa University should be absorbed to the national university system and utilised as a national asset without being abandoned, President Gotabaya Rajapaksa said.President Rajapaksa said this at a meeting held with education and higher education ministers and officials of the education sector at the Presidential Secretariat this morning.According to the President’s Media, the President has said the time has come to allow universities to craft diploma programmes based on latest requirements of the country and that the universities should be encouraged to do this.“Measures should be taken to uplift the education sector leaving behind false agendas,” he said.At the meeting, it was discussed to open up universities covering all districts across the country. The President pointed out the necessity to look into the possibility of renovating abandoned buildings located on larger plots of land in order to convert them into universities.President Rajapaksa reiterated the need to move away from the examination-centric education system and measures to expedite action laid down in his manifesto to improve the education sector.He highlighted the importance of leaving the decision making to the educationists in the education sector instead of to politicians.Meanwhile, he said unemployed undergraduates should be trained to be recruited at institutions where there are vacancies.Commenting on the students who sat for the A/L examination 2018, the President said immediate action should be taken to enrol them to universities. “Action should also be taken to release results of the 2019 A/L exam and to enrol the students who passed the exam at universities immediately. All students who passed the A/L exam should be given the opportunity to enrol at a university,” President Rajapaksa said.He said more colleges of education and hotel schools needed to be opened up focusing on the job market.Providing the opportunity to the students to complete their higher studies in the country without migrating to other countries and addressing the issue of lack of teachers and drafting a national policy for the education sector were among the other topics discussed at the meeting.Education Minister Dullas Alahapperuma, Higher Education Minister Bandula Gunawardana, State Minister Ranjith Siyambalapitiya and ministry secretaries were present at the meeting. (Lahiru Pothmulla)http://www.dailymirror.lk/top_story/Batti-University-should-be-absorbed-to-national-university-system-President/155-179102source – daily mirorr